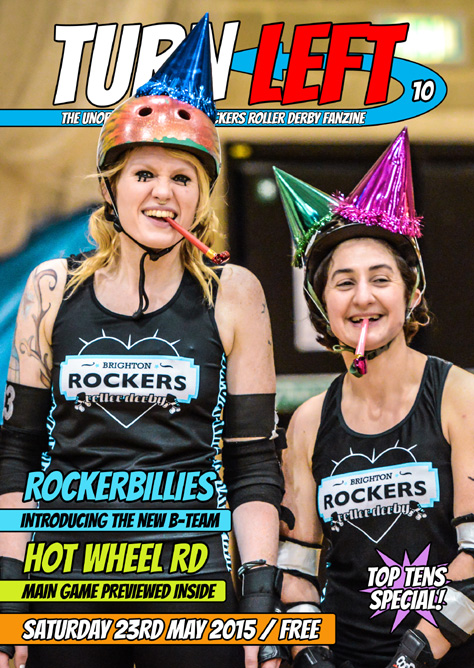 This weekend saw another awesome double header of roller derby action in Haywards Heath. The mighty Brighton Rockers All-Stars took on Hot Wheel Roller Derby from Leeds in what was a super close battle with multiple lead changes. The game marked the final appearance of Rockers founder and UK derby legend The Mighty Mighty Bash, and the day also saw the public debut of the Rockerbillies, Brighton’s shiny new B-team, who took on a mixed league opposition. We’ll have a report on the day’s events, as well as long overdue reports on Brighton’s last two British Champs games, up on this site in the next few days. In the meantime, if you missed out on a copy of our fanzine from Saturday, click on the image above to read the online version. (Or get yourself to the Evening Star pub from 8pm today if you want to pick up one of the final few physical copies.)