The mighty Brighton Rockers are in action this Saturday 25th November in Haywards Heath. The A-team will be taking on the Norfolk Brawds from Norwich, whilst the Rockerbillies face the Bournemouth-based Dorset B-Side. Both games look like cracking match-ups. (As we understand it, both pairings have met behind closed doors in secret but epic clashes recently!)
And for extra spice, the Rockers A-team beat Cambridge away 162-145 in a game they were expected to draw or lose on Saturday just gone, so will be super fired-up for Brighton’s first time ever playing public games on two Saturdays in a row! Meanwhile, five players will make their debut for Brighton B against a Dorset side who are playing their first ever open door away match… Wowsers! How can so much awesomes possibly be contained in a single event?
Saturday’s action takes places at the Dolphin Leisure Centre in Haywards Heath. Doors are at 2pm, with the B-team game around 2.30 and the A-teams at 4.55. Tickets (£10 adults, £8 students, free for under 12s) are available from the link at the bottom of this preview and most likely on the door too. Car types should point their SatNav at RH16 1LY. For train folks the venue is seven minutes walk from Haywards Heath (turn left and follow the signs stuck to lampposts etc). There’s no engineering work on the trains for once, yay!
The pub opposite the station (the Burrell Arms) isn’t sure if it’s a sports bar or a food pub, but it’s OK for a pint and a few dozen Jägers and has a huge garden. There’s a big Sainsbury’s halfway between the station and venue, which is useful for specialist snacks and ATMs (no ATM at the leisure centre). The venue has a booze table in the hall, a café in the lobby, and many vending machines. The after party is back in Brighton in the Western, slap bang in the centre of town; five mins walk from the station, the beach, etc.
Don’t forget to pick up your free copy of our tawdry Rockers fanzine TURN LEFT on the door. In this issue Cake Or Death predicts today’s A-team score, we talk to the five B-team debutants, get the inside line from the visiting teams, and much more. As it’s the last game of the year it also includes a voting form for our Annual Awards. And if you want to be eligible for such an award yourself next year, please note that Brighton have their 2018 Fresh Meat taster sessions on Monday (27th Nov) and Sunday (3rd Dec) so drop a message to info@brightonrockers.com asap. You know you want to.

[NB Skip this section if you don’t like to hear predictions ahead of games.] As far as the A-team Rockers v Brawds game goes, the UKRDA and European rankings on Flattrackstats offer widely differing predictions. The Rockers place 25th in UKRDA on 595.0 points with Norfolk 36th on 549.5. Throw in home advantage and FTS gives Brighton 83% chance of the win here, with a predicted differential of 17:10 working out as something like a 221-130 comfortable home win. It’s worth bearing in mind that UKRDA rankings are only updated every three months, and Brighton (in particular) tend to play against more European than UKRDA sides these days, so you’re probably not getting that up-to-date or accurate a picture with this prediction.
Switching to our favoured European table, Brighton are 67th on 598.8 points, while Norfolk are a few places higher in 63rd on 604.2. Home advantage nudges this Brighton’s way on the predictor, but only just. The Rockers are given a 52% victory chance with a 47:46 differential equating to a squeaky close 188-184 Brighton win. The caveat here is that Brighton’s game away to Cambridge last Saturday has yet to be added to the website, and the result (a 17 point Brighton win with an impossible-in-derby draw predicted) means that the Rockers should actually be on a tiny bit higher ranking and win/score figure. So somewhere inbetween the disparate UKRDA and Euro predictions seems most likely if (and that’s a big if) the prediction computers can be trusted…
Moving on to the B-team game, the Brighton Rockerbillies are ranked 320th in Europe on 453.5 points, whilst the visiting Dorset B-Side are a good deal higher in 216th on 486.9. FTS reckons the visitors have 69% chance of the win here, with a predicted differential of 57:44 suggesting something like a 171-132 Dorset win. Since we are giving out caveats, it should be pointed out that the visitors have only played one open door game before today (home to Southampton earlier this month) so their ranking is based on just that single game – hence this prediction is even more random/volatile than usual FTS predictions! Still, enough of the numbers, here are some words from the teams… 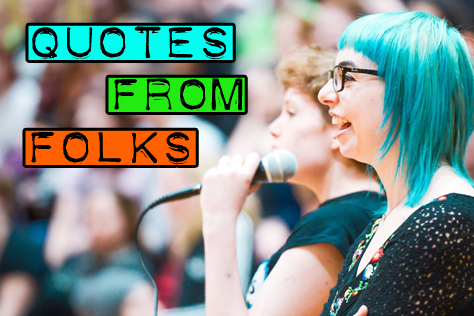 “I think it will be a low scoring game v Norfolk. Their jammers are good and they have super strong walls. This is going to be classic Brighton. Either come from behind, then lots of toing and froing; or start really well, then lots of toing and froing. But I’m going to predict the exact score… in the fanzine that you can pick up on the door.”
CAKE OR DEATH, BRIGHTON ROCKERS

“We’ve been doing our research and are quite perturbed to have discovered that Brighton will be intending to stand in front of our jammers and try to stop them getting past. Jolly unsporting if you ask us! NRD actually stands for team NeRD because our real strength lies in stats. We will spreadsheet Brighton into submission!”
WHIPLEY & PHILTHY, NORFOLK ROLLER DERBY

“We have five debutants taking part against Dorset. We held our Halloween intraleague recently and one of our rookies is a really great jammer (a former ice skater) who sneaks through those tiny gaps, whilst others are really solid blockers and so on. They’re a really good bunch and I think they’ll smash it!”
FARMERGEDDON, BRIGHTON ROCKERS

“We played the Rockerbillies quite recently in one of Dorset B-Side’s first closed doors so we know a little about each other. I didn’t play in that, but I have it on good authority that they have strong walls and are a lovely bunch. We’ll be doing our best not to be lulled into a false sense of security by their seemingly gentle natures off track!”
REIGNBOW BRIGHT, DORSET ROLLER GIRLS