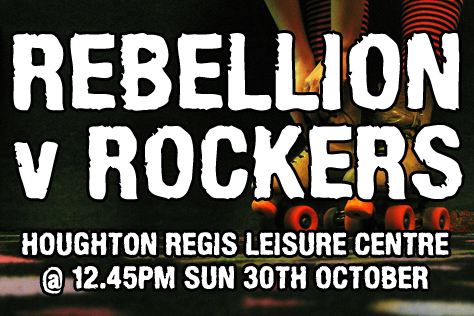 A mere two weeks after taking on the Tiger Bay B-team in Cardiff, the mighty Brighton Rockers AllStars are back on the road. This Sunday (30th October) sees a slightly shorter trip up country to take on Rebellion Roller Derby. The venue is Houghton Regis Leisure Centre, with the Rockers game kicking off at 12.45, followed by a match between Rebellion B-team Rebel Uprising and the Kent based Apex Predators. Tickets are priced £8.04 (including fees) online – see the link at the bottom of this piece – or £10 on the door. Under 16s go free. The Kings Arms in Houghton Regis is hosting the after party.

“Where in the sam heck is Houghton Regis?” some of you may be asking. It’s just off the M1 north west of Luton. This ought to make for a fairly painless direct Thameslink journey from Brighton, but the Gods of Engineering Work will put you on a bus between the coast and Three Bridges. The nearest station to the leisure centre (Leagrave) is a good 2.5 mile hike, so we suggest getting off at Luton and hopping on either an A or Z bus. It’s actually the same circular bus route, with the letter changing en route. Since Houghton Regis/Parkside is the halfway point (20-25 mins) either bus will do. Car users should point their Sat Nav at LU5 5PY.

Are you one of those people who don’t like reading predictions ahead of a game? Then skip the rest of this paragraph. Rebellion are one of the earliest formed UK derby leagues, predating the Rockers by some margin. They currently rank 47th in the UKRDA on 510.3 points, with the Rockers placing 23rd (595.0). The prediction machine at Flattrackstats gives Brighton a 91% chance of victory, with an expected differential of 13:6 equating to something like a 195-90 away win. Switching to the European rankings system (likely more accurate as it’s based on a much higher number of games) sees Brighton ranked 73rd (582.0) against Rebellion’s 95th (553.3). Brighton’s chances of victory drop to 66% with a predicted 21:17 differential equating to a much narrower 189-153 Rockers win. Since Rebellion’s B-team hasn’t yet played a ranking game, the FTS computer won’t predict anything about their contest v Apex Predators. Soz.

Enough complicated maths stuff, let’s hear from the hosts and a Rocker about what they’re expecting… 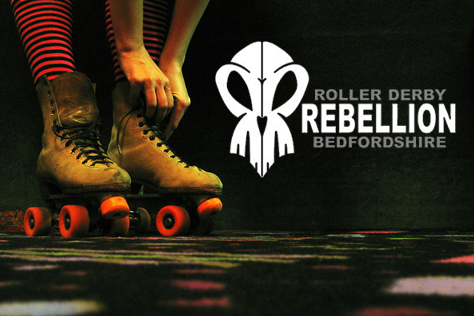 Hi there. For any Brighton fans reading this who might not know of Rebellion Roller Derby, can you tell us a bit about your league?
Despite being collectively very creepy we love hugs, especially during training. We have a small cupboard at our training venue where we keep our line up manager Gav and bench coach Blitz hostage. Shhhhh!

Do you know much about the Brighton Rockers? Any particular players or tactics of theirs you’ll be looking out for at Sunday’s game?
We know the amazing Gin, who is very much a double threat not to be taken likely. We have heard they also like hugs, so we are hoping to take advantage of this and trick their walls into letting our jammer escape. Hahaha.

Any particular Rebellion players or tactics that the crowd should watch out for?
Rebellion is well stocked full of jammer and blocker talent. Best to watch everyone at the same time somehow?

Rankings wise, Brighton place a little bit higher than you at present. What sort of a game are you expecting?
Coach Blitz says: “Brighton are an experienced team not to be taken lightly. However, we enter every game in the mindset that we are here to win. As soon as that first whistle goes it’s on like Donkey Kong.”

The day’s other game sees your B-team Rebel Uprising take on the Apex Predators. What should people expect from that match?
I believe this is only the Apex Predators’ second open door game, so they remain very much an unknown entity. This is Rebel Uprising’s first game, so to the outside world they are very much another unknown entity. Expect the team with the most together walls to take this one.

Finally, what facilities are there at your venue? Anything else to see or do in the Houghton Regis area?
There will be food laid on by us at the venue; hot dogs, vegan chilli, crisps, tea, coffee. There’s nothing else other than vending machines at the leisure centre. No bar. There isn’t much in Houghton Regis – a couple of bars and supermarkets. It’s a very small area, but it’ll do! 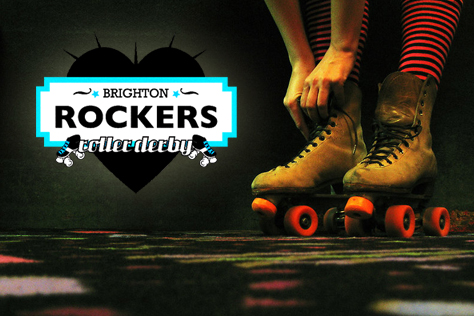 Two away games within a fortnight is something of a rarity for the Rockers. How was the Cardiff trip and have you all recovered sufficiently to face Rebellion?
I can’t speak for what it was like on the party bus or in the hostel (I came up to Cardiff a day early and stayed elsewhere) but I understand the Rockers continued their tradition of winning the after party in great style. As for the game itself, we had a great time and the Tiger Bay B-Bombs were such a lovely team. Fortunately I think the hangovers and assorted bruises have faded enough for us to give Rebellion a good game!

What do you know about Rebellion Roller Derby? Any particular RRD players or tactics you’ll be looking out for?
The Rebellion roster looks pretty fierce! The Rockers have been practising our offence and we’ll be trying to put that into practise on the day – we’ll need to against those walls. Gin has skated with Blitzkrieg (the Rebellion bench coach) before and has been giving us tips about his favourite moves, so hopefully we’ll have guessed enough (and practised enough) to be able to counter some of their offense in turn. I don’t want to go into too much detail though, in case they’re reading this…

What sort of a Rockers squad can we expect for this game? Will there be many changes from the side that travelled to Wales two weeks ago?
The Rockers roster has a similar core to what we had for Tiger Bay B. Mighty Mouse won’t be with us, which is a shame because she was on fire at Tiger Bay (winning Best Jammer in her first ever A-team game!). We’ll have Emma the Condemner and Racey back, so it will look a little bit more like a ‘classic’ Rockers A-team. As for who to look out for, I never get tired of watching Gin Atomic leap across the track, but I also think Finn McCruel is making a huge mark on the Rockers – she’s a badass, incredibly strong and with an amazing derby brain.

The Rockers are currently ranked a bit higher than Rebellion. What type of game are you expecting? Care to predict the result?
I’d love to win it and I think the Rockers are playing pretty strong, but I try not to predict things ahead of the day. I think I’m one of the less competitive players on the A-team. I’m still so thrilled whenever I’m rostered for an AllStars game that I count it as a win if I don’t fall over my own feet! Mostly I go in hoping for game that forces both teams to bring their best – I want to play some great derby and have a good time.

Finally, the Rockers are back in action at Haywards Heath very soon, with the A-team facing two continental teams in quick succession. Rockcity of Eindhoven (Holland) on Nov 12th and the Harpies of Milan (Italy) on Dec 3rd. Have you started thinking about those games yet?
It’s exciting and a little overwhelming to have so many games in rapid succession. I have to admit I haven’t had a chance to think too much about the Milano Harpies – I can’t think more than two games ahead! But we’re definitely thinking ahead to the game against Rockcity. We had a great time playing against them at the Slip It tournament in Caen earlier in the year, so we’re looking forward to seeing them again! The B-team is also playing on the 12th, taking on a combined Southampton Roller Derby and Basingstoke Bullets squad with a lot of our fantastic new rookies playing for the first time ever in front of a crowd. I think fans of the league will be pleased to see our awesome new B-team skaters, and fans of roller derby in general will get to watch a hard-hitting game with Rockcity. I predict a great atmosphere, because I know the team always has the most fun when playing against lovely people.